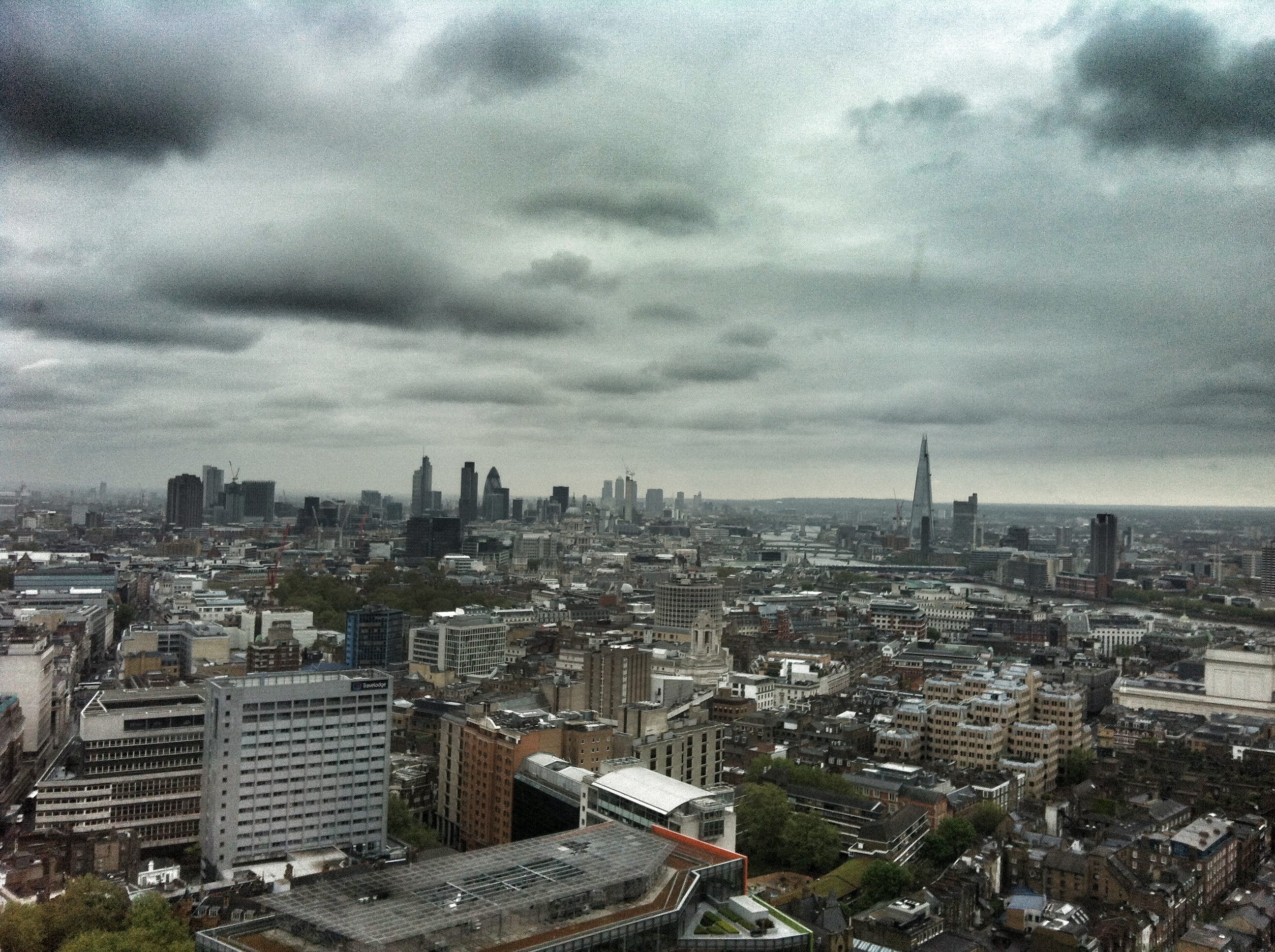 Transmedia Next is a training for people who are already experienced media professionels. I applied for a scholarship because you never stop learning and its a big chance to talk with people from all over Europe and with our trainers about transmedia and storytelling. It is organized by Anita Ondine and her team – thank you very much by the way! So yesterday in London, the first day of Transmedia Next (#tnx12) took place and involved all of the participants in a story, a competition and into the wide wide worlds of transmedia storytelling. 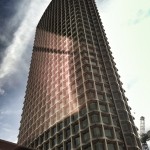 The location is incredible. We are in the middle of London, on the 5.th floor of Centre Point, which means, we have the whole at our feet. The panorama is spectacular and inspiring, especially for our competition – but I’ll come to that later. Already a few weeks ago, one Joan Carpenter registered as participant of Transmedia Next, it seems. She’s on Facebook, she tweets (@joancarpenter4), she is somehow connected to #topal, and she didn’t show up yesterday (as you might have guessed already if it’s not your first transmedia story) but she left and is still leaving clues (SMS, FB-messages, Tweets) all over the place. So, we don’t know where this story is leading us at the end, but we’ll solve this mystery, for sure. How we solve it, that we’ll see at the end! 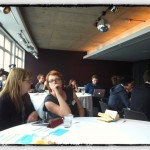 At the check-in we got our name tags, not realizing that there was a QR-code at the back. With this code we (maybe 30 participants) were sorted in groups named Hero, Hellas, and Hope. Our tasks are identical, we have to develop a transmedia experience for London that helps give “people from different side of the tracks”, different classes, different races a chance to tell stories together to find a better understanding of the “so-called-other”? Yes, the intention is to think a better society of the future. And we have to fit the name of our group into it somehow (hero’s journey once again?!). After we got to know our groups (which are, I think, put together for their different talents, as an image of the interdisciplinary teams you have/need in transmedia storytelling. The other side of the medal is: you are talking with 10 people about story. That’s hard! I developed theatre productions, events, and storyworlds like that, but I prefer smaller teams to get the first idea and concept together). In our concept meeting we were assisted by Inga von Staden and Jonathan Marshall, two of our coaches, who helped us, to focus on the direction. The input of Inga  was kind of a 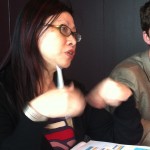 big “aha-effect” for me. Often in groups you have the situation that ideas are blocked because someone says “no”, or the guy on the executive level says “that’s not the right direction”. Last remark would have been somehow right in the situation at our group, but what Inga did was guiding us through questions to the core-problem of the suggested story-image and finally led us to the revelation that this mechanism would be one part of our story. Where our story is heading I can’t tell yet – we are in a competition (!), but I love the idea to which everybody contributed. Follow the emotion! More about the scoring criteria, which is very thoughtful and interesting in preparing a pitch,

I have to confess that I missed out a few parts because of finishing some stuff for Das wilde Dutzend. Well, that’s 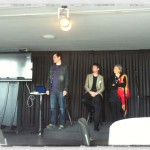 called being an entrepreneur. As Inga von Staden is an incredible inspiration when it comes to how you start with and structure your ideas, and your story across multiple media, for me the most exciting part was listening to Lance Weiler talk about building storyworlds and about his projects. That’s the best inspiration and insights you can hope for: listen to one of the acclaimed transmedia creatives about his ideas and how he realizes them.

One of the things happening all of the time: things get to complicated for the audience. First reminder for every transmedia storyteller therefore: most stories and experiences are way too complicated. You have to start with researching/thinking about the media consumption behaviour and about the habits of your audience. Yes, there are several levels of engagement and all, but the biggest part of your audience wants to have it as easy as possible. How much effort do they have to bring up to engage? A strong value disposition helps you a lot in creating your worlds and if you don’t focus so much on character but on themes it’s much easier to avoid inconsistencies in your storyworld because of user generated content for example. UGS: it’s about conversation, so how can your storyworld become spreadable, how get people a feel of ownership? It’s the simple things that allow people to become creative and be involved.

How can you build strategic partnerships so that you don’t have to set up a community for each project over and over again?

1. Take time to evaluate your story.

2. Why would anyone care about your story? Ask yourself 5 times

3. Let go of a single point of view

4. Consider how to show rather than tell

5. Make it easy for your audience to become collaborators

6. Don’t let the world get into the way of your story

7. Consider something locale before you go global

10. Keep it simple. If someone can’t explain it then it will die a slow and painful death.

His input was confirmed and specified by all three coaches in their following session. Each feature has to be tested before the complete release. Don’t let technology (or programmers) get in your way. Important: what questions are you testing for? Lance found it helpful to learn project management and coding, to understand timelines and production cycles, and he loves to work with creative technologists. Inga: “Don’t take no for an answer with technologists. Inga: break down each project in smallest possible steps, assign worktime and people before you go into production.

— Running out of batteries —-